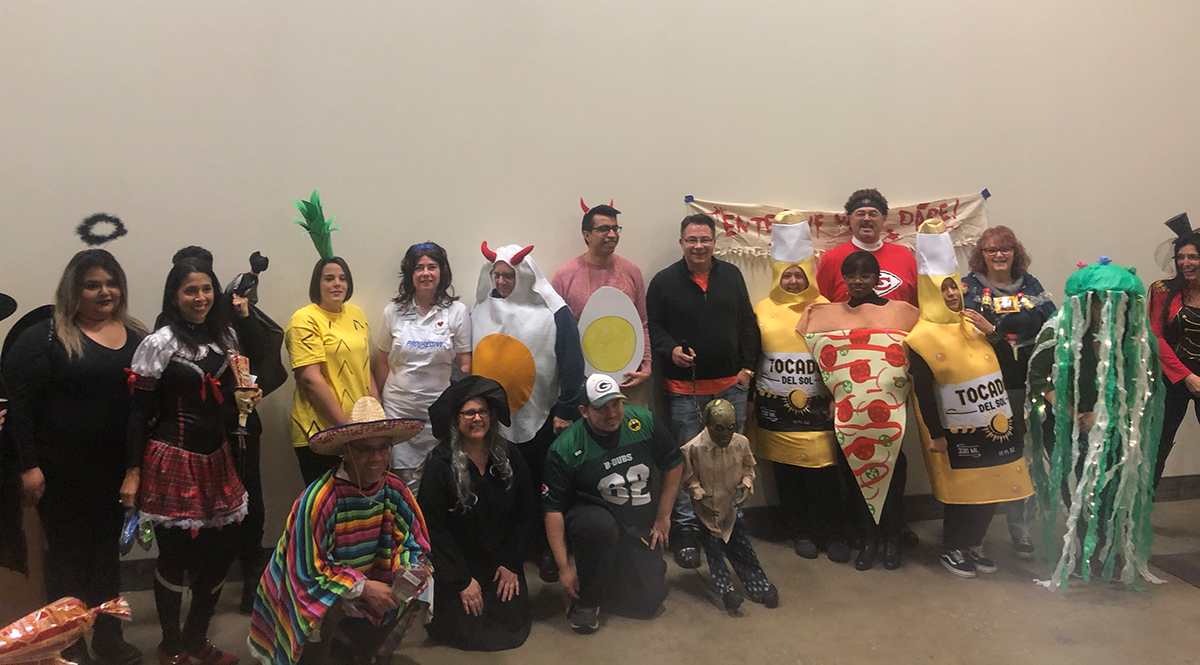 On Thursday, October 31st, New World employees dressed up in their best Halloween attire and costumes to show off their Halloween spirit! During the day, each department took turns trick or treating around the building. Employees were able to show off their costumes to their coworkers while collecting sweet treats! Many areas of the building were decked out for this spooky day!

After lunch, employees at the Chicago headquarters office gathered for the Annual New World Halloween party. While employees displayed their Halloween creativity at the costume contest, they enjoyed juice, popcorn, caramel apples, and plenty of candy! 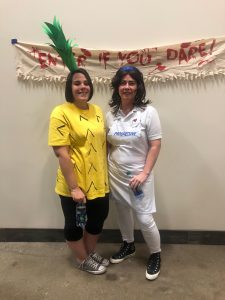 Katie from Customer Service in her homemade pineapple costume and Angela from Human Resources as Flo from progressive! 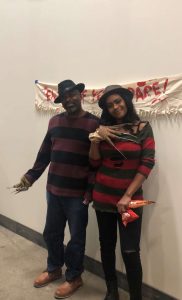 Dorian from Operations and Loreal from Billing 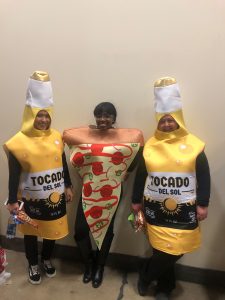 Rosa, Ibironke, and Laura from Accounting 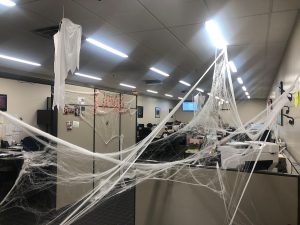 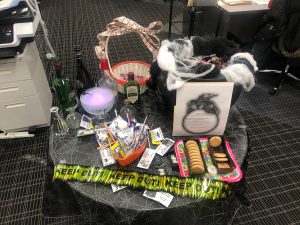 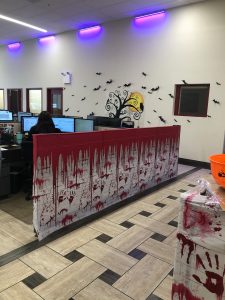 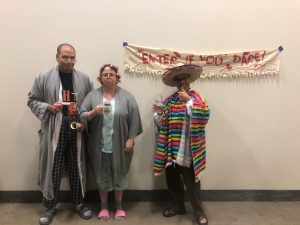 Andres and Melissa won the Funny Costume contest as an old married couple.